Plan to join us for the 2022 All Class Reunion events! The safety of our Belton High School alumni, our staff, and community will be kept at the forefront of plans.

All classes are welcome as we celebrate together with congratulations to the Class of 1972.

Doors open at 10:30 am for social time, lunch served at noon followed by program and induction of the Hall of Fame Inductees.

Use this link to purchase your 2022 All Class Reunion Tickets

Click here to view the flyer
or to print the form to mail when purchasing tickets with a check.

The Belton Educational Foundation honored three new inductees into the Belton High School Hall of Fame at the All Class Reunion and Hall of Fame Induction Ceremony on October 19, 2019, at the Belton Middle School.

Wayne Shelton entered Belton High School as a junior, his third new school in two years. In high school, he worked at Hy Klas Market, attained his solo flight permit, acted in plays, was a charter member of Kennemmer Chapter DeMolay, and on the annual staff. Wayne helped form and was First Cadet Commander of the Civil Air Patrol Squadron. Wayne joined the Lions Club in high school and served as Secretary and President.

Wayne graduated on May 27, 1955, and started working at Communication Accessories Co. (CAC) on June 1st.  Wayne and Jeannette Whippo were married on June 3rd. When Collins Radio (formerly CAC) moved to California in 1962, Wayne and his family moved to Anaheim, CA.  While working, he took college courses and achieved certification in Production and Inventory Control. Wayne spent his last years at the company in stock and inventory management.

Wayne worked on many projects, as Collins and Rockwell were major contractors in communications. His favorite project was Apollo because he said it built for further space travel. A Collins radio was used as astronauts communicated with Earth during the Apollo 11 moon landing. Wayne retired on June 3, 2014, and was recognized with a unique award, for his 59 years of service and for making a lasting impact. Wayne’s advice:  Do things when you can. You can borrow and bank money; but not time.

Arlene attended Belton Schools from Kindergarten through twelfth grades. She was active in Beta Club, Yearbook, Thespian Club, and was President of the Pep Club and Latin Club.

Arlene went on to earn a Bachelor of Science in Education from Southwest Missouri State University.  In college, Arlene was Captain of the Pace Aires drill team and President and Outstanding Senior of the Student National Education Association.  Arlene earned a Master’s of Business Administration from the University of Missouri, Kansas City.

Upon hire at the U.S. Federal General Services Administration, Arlene was selected for the  Management Intern Program. She began working with the Department of Agriculture in 1978 as a management analyst for Agriculture Stabilization & Conservation Services.  During her management climb, she served as Chief of Technical Staff and later Chief of the Telecommunications Division at the Kansas City Management Office. Arlene became the Deputy Director of the National Information Technology Center (NITC) in 1997 and retired from the Department of Agriculture in 2006.

During Arlene’s 35 year career, she earned numerous awards for outstanding performance including the Agriculture Stabilization & Conservation Services Administrator Award, the highest award bestowed by the agency. 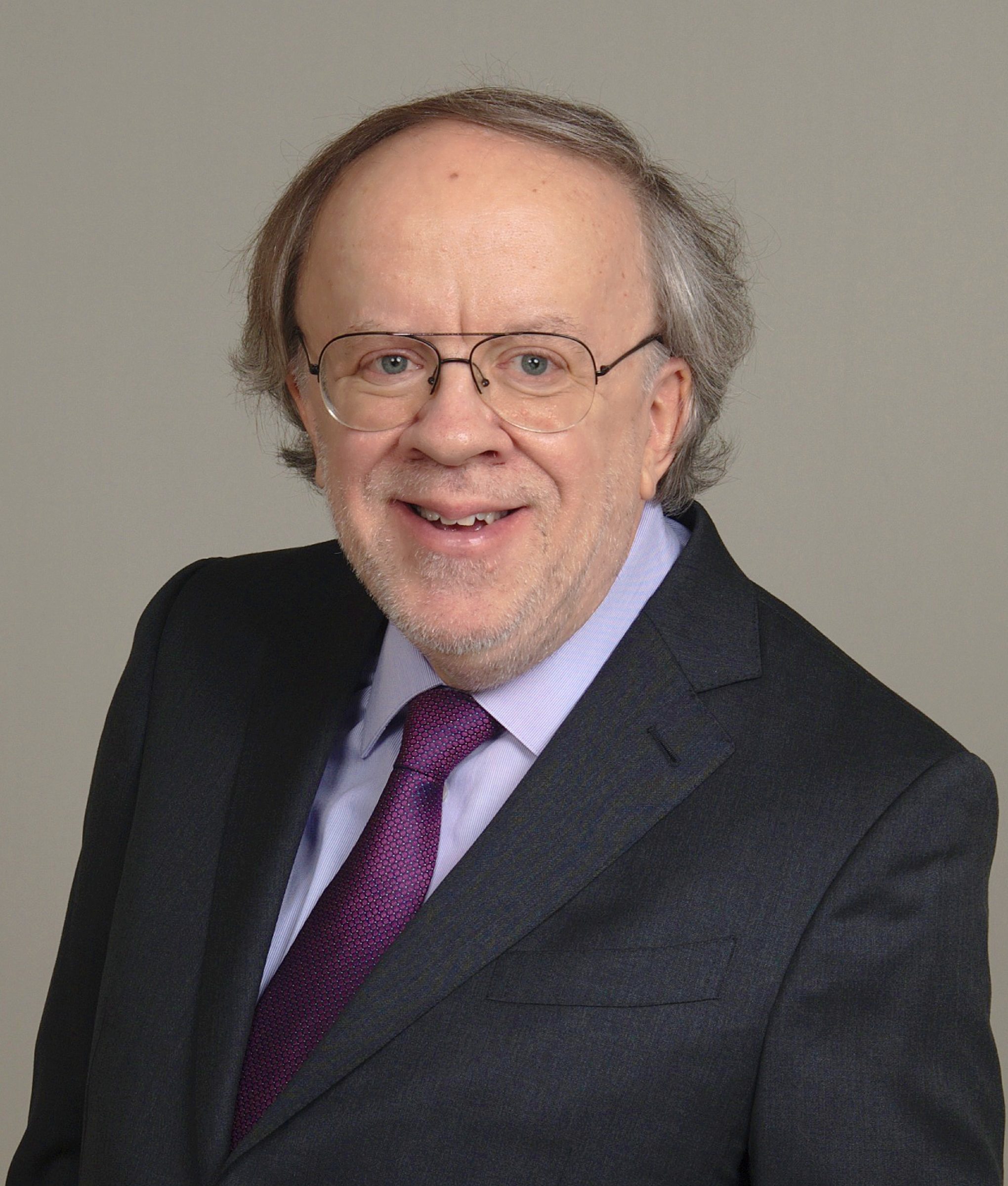 Don grew up in Belton. For six years, beginning at the age of 12, he served as Church Organist for the Belton Methodist Church. An active participant during his years at BHS, he served as President of the Beta Club and choir, Vice President of Student Council, and Boy’s Glee Club. Don was also the piano accompanist for the choir, a member of the band, Thespians, and newspaper staff. Don graduated first in his class.

Don went on to attend The University of Chicago, graduating with several honors in 1972, he moved on to be admitted to the doctoral program in Clinical Psychology at Washington University in St. Louis. For his internship, Don served at the Spring Grove Hospital Center in Baltimore, Maryland. Don earned his Ph.D. and joined the staff of St. Elizabeth’s Hospital in Washington D.C. (a federally operated psychiatric hospital) as Staff Psychologist for two years.

The Belton Educational Foundation honored these three inductees into the Belton High School Hall of Fame at the All Class Reunion and Hall of Fame Induction Ceremony on Saturday, Aug. 4, 2018 at the Belton Middle School and Freshman Center:

Dr. Powell attended Belton schools from kindergarten through 12th grade. During his time at BHS he was involved in the Latin Club, Choir, and Boy’s Glee Club. He is also an Eagle Scout. After graduation, he attended UMKC where he graduated from the UMKC School of Dentistry.  He then served as Captain in the Air Force, where he practiced dentistry while stationed at Vance AFB in Enid, Oklahoma.

After leaving the Air Force, Dr. Powell moved to Excelsior Springs where he has successfully practiced dentistry since 1976. During that time, Dr. Powell has been very active in his community, serving on many local organization boards in Excelsior Springs including the Chamber of Commerce, Optimist Club, Shrine Club, and Education Foundation to name a few. He is currently President of the Excelsior Springs Health Care Foundation and an active member of First United Methodist Church.

Dr. Powell is very well respected in the dental community, serving as a member of the Lafayette County Dental Study Club for the past 42 years and as President of the Greater Kansas City Dental Society (2008-2009). He is also a Fellow of the Academy of General Dentistry.

Dr. Powell and his wife, Sharon (BHS Class of ’69), have two sons, Tevor and Jeremy, and two grandchildren. Dr. Powell also cares for his 98 year old mother, Ernestine, also a Belton grad. He and his wife enjoy Community Theater and remain attached to their Belton roots, performing with the Belton Historical Society and Main Street Theater in Belton.

Anthony Flacco is an accomplished screenwriter, author, and public speaker. He graduated from BHS in 1968, where he was active in drama and music. After graduation, he went on to create a stellar career in the entertainment industry. A trained stage actor who put in nearly 2,000 performances in Actor’s Equity theaters all over the country, he moved into the screenwriting field when he earned his Master of Fine Arts in Screenwriting from the American Film Institute Conservatory in 1990. Flacco was then selected for the Walt Disney Studios Screenwriting Fellowship and spent a year writing for the Touchstone Pictures division.

Drawing from his acting and screenwriting experience, Flacco published his first nonfiction book, A Checklist for Murder, in 1994, which he then adapted into a screenplay for a two hour television script and picked up by NBC for a movie of the week. He continued to work as a freelance script writer and story editor, which included works for the Discovery Channel and Court TV.

At the time of this writing, Flacco has continued to publish and receive critical acclaim for ten nonfiction books and historical novels so far, including Tiny Dancer, which was named by Readers Digest as their Editor’s Choice and “one of the 100 most noteworthy books” by the Kansas City Star in 2005. The book is an international bestseller with over 300,000 copies sold in translation.  In 2007, his debut novel earned a New York Times rave review and an International Thriller Writers nomination. In 2013, his book Impossible Odds was a New York Times Bestseller.

Major Brian McBrayer attended Belton schools from kindergarten through 12th grade. During his time at BHS, he was a member of the Letterman’s Club, the Art Club and the National Honor Society. He was also very active in sports, lettering in football, wrestling and track. During his senior year, he was honored by the Kansas City Star as a scholar athlete and runner up for the 1991 Youth of the Year in Belton.

After graduation, Brian attended Northwest Missouri State University where he participated on the track team and was a member of the Phi Sigma Kappa Fraternity. He graduated in 1996 with a B.S. in geography and a minor in geology.

After graduation, Brian enlisted in the United States Marine Corps, where he trained as an Aviation Electrician. He was selected to attend Officer Candidate School and commissioned as a Second Lieutenant in 1999. As an infantry officer, he served in leadership positions from Platoon Commander to Battalion Executive Officer. During his 20 years of service to the nation, he participated in 5 overseas deployments and 3 combat tours in Iraq. Brian is a decorated Marine, receiving many medals including the Meritorious Service Medal, 4 Navy and Marine Corps Commendation Medals, and 2 Navy and Marine Corps Achievement Medals.

Brian retired from the Marine Corps in June 2016 and has taught 8th grade science for the past two years. He currently lives in Fallbrook, CA with his wife and 2 children.